Hook, Line and Sunk (2009): Have the lessons of Iceland’s financial collapse been learnt?

For similar stories, see:
How Iceland Became A Symbol Of The 2008 Financial Crisis

Does Iceland Have a Future in the Whaling Industry?

For downloads and more information visit:

Dubbed the ‘New Vikings’, Iceland’s bankers had taken the world by storm. But a year ago their banks collapsed overnight, leaving the country to face economic chaos.

Like thousands of once-prosperous Icelanders, Gunnar is concerned about his future: ??”I’??m going to lose my flat. I??’m going to get bankrupt. All because of the way things were handled here.??” Turning a blind eye, the government let banks grow ten times the size of the country’??s GDP. Very little profits were made from actual banking. “Banks only grew by spending other people??’s money, especially that of the British. ??It’??s one of the greatest Ponzi schemes in history,” says this independent MP. Now Britain wants it all back, leaving Icelanders with a huge debt. With the financial world keen to move on, economists warn of the business-as-usual mentality: ??”If we don’t make some quite serious structural changes we are just setting the conditions for a repeat crisis.??”

Journeyman Pictures is your independent source for the world’s most powerful films, exploring the burning issues of today. We represent stories from the world’s top producers, with brand new content coming in all the time. On our channel you’ll find outstanding and controversial journalism covering any global subject you can imagine wanting to know about. . 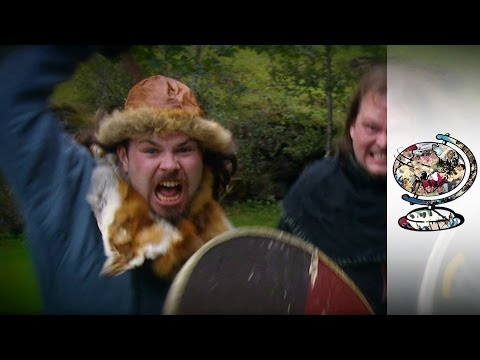 How Iceland's Bankers Plunged Their Country Into Financial Chaos

You can find out more about which cookies we are using or switch them off in settings.

This website uses cookies so that we can provide you with the best user experience possible. Cookie information is stored in your browser and performs functions such as recognising you when you return to our website and helping our team to understand which sections of the website you find most interesting and useful.

Strictly Necessary Cookie should be enabled at all times so that we can save your preferences for cookie settings.

If you disable this cookie, we will not be able to save your preferences. This means that every time you visit this website you will need to enable or disable cookies again.